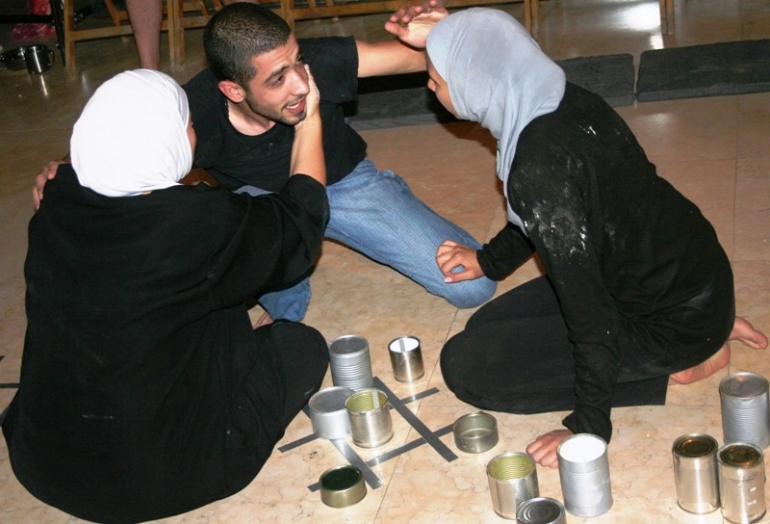 In December 2008, the Israeli armed forces launched a 22-day offensive in the Gaza Strip. The Palestinian people living within Gaza were bombed relentlessly, resulting in the deaths of hundreds of men, women and children.

On January 6th 2009, the Al-Fakhora school in the Jabaliya refugee camp was bombed, an attack that killed more than 40 people and prompted the UN to state that ‘the rule of the gun’ had taken over Gaza. Throughout the bombardment Palestinian civilians lost their homes and their livelihoods. The infrastructure of their society was specifically targeted and destroyed and for 22 days they fought to survive.

Al Nakba focuses on one family and their struggle to live through the onslaught. It explores both the physical and psychological effects of the attacks and aims to highlight and communicate the human rights abuses that the Palestinian people were forced to endure.

The play is the result of a unique collaboration between UK based Badac Theatre Company and the Palestinian Al Harah Theatre.

Set Design and Production in Palestine: