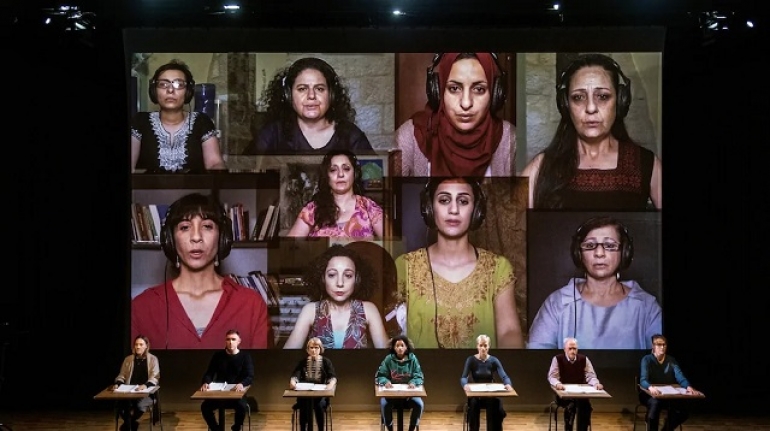 The City Theater in Sweden and Al-Harah Theater cooproduced "The Suppliant Women" play in Stockholm, Sweden. The General Director of Al-Harah Theater Ms. Marina Barham, her deputy Mr. Nicola Zreineh, and the artist Mirna Sakhleh attended the opening of the play.

This play is the result of a joint cooperation between City and Al-Harah, which part of the play was produced in Palestine during May 2018, by photographing some theatrical scenes with some Palestinian artists.

The play was directed by the Swedish artist Dretro Kasabi and represented by a group of Swedish and Palestinian artists.