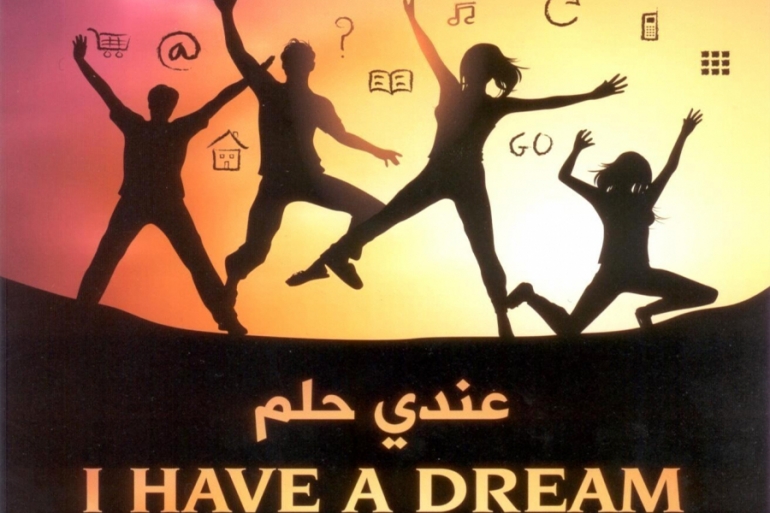 "I Have A Dream" Play

In an era when technology and the internet became the most popular means of communication, especially among the young people. The four characters of the play take us through a journey searching for their personal, social, and national identity by sharing their own personal stories, experiences and dreams.

The use of the internet, the issues that happen in chat rooms and the difficulties they face daily in their lives are things that young people share.

'I Have A Dream' uses puppets, shadow theater, video projection, variety of music in addition to acting to communicate with the young generation.

The text of the play is the result of the improvisation of the young actors and the team of the play based on their personal experiences.

The play was based on a research that Al Harah Theater conducted in Palestine about issues that the young people face in discovering their identity and their reason for using the internet.

This play is a co-production between Al Harah Theater/Palestine and Khayal Association, Puppet Theater/Lebanon.

Script:By the team of the play