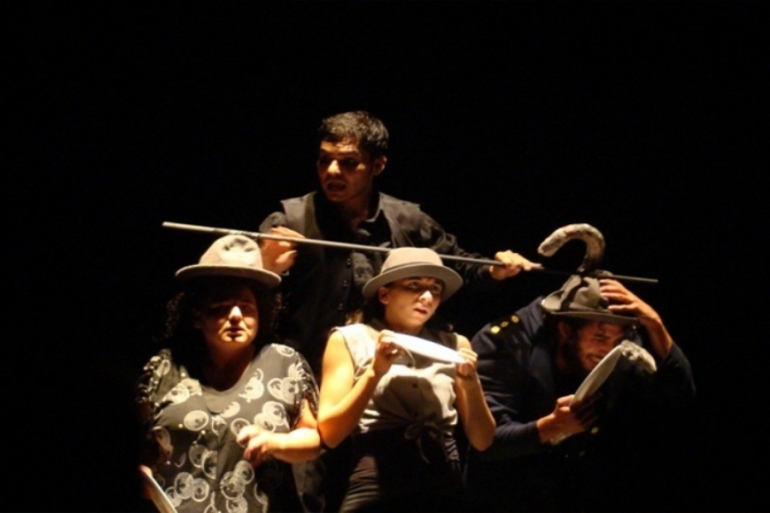 This play is a vision of Franz Kafka "The Metamorphosis", as Gregor Samsa awoke one morning from uneasy dreams he found himself transformed in his bed into a gigantic insect.  He struggles to keep his relationship with his family despite his transformation and preserve his human side.

The play explores the conflict between humanity and animality.  It uncovers the struggle to preserve the humanity of individuals despite the pressures of life and the difficult living conditions.

Trying to escape from the labelling of people or individuals, transforms human beings to become animal like and struggle to preserve what is left of their humanity inside them.