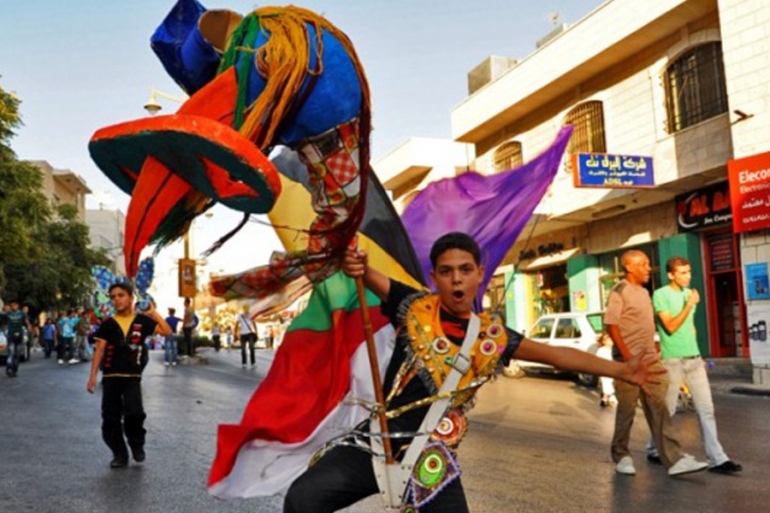 One of the biggest achievements for AL-HARAH Theater in 2010 was ‘Yalla Yalla’ Festival (Lets Study, Lets be Happy), The first Street Festival in Palestine was organized by AL-HARAH Theater in cooperation with Brouhaha International from Liverpool, UK. The parade marched along the Manger Street with groups of dancers, musicians and clowns dressed up with colourful carnival costumes, and big puppets and stopped in the Manger’s Square where a big stage was installed and different shows were performed to hundreds of children and families. A group of international artists specialized in street festivals came one week earlier to train 250 young people to participate in the parade and conducted focused workshops creating dance, clowning and percussion shows which were performed on stage on the Festival day. The last show on stage was a musical concert presented by the local Palestinian band ‘Momken’, in which they performed a bunch of their new songs.