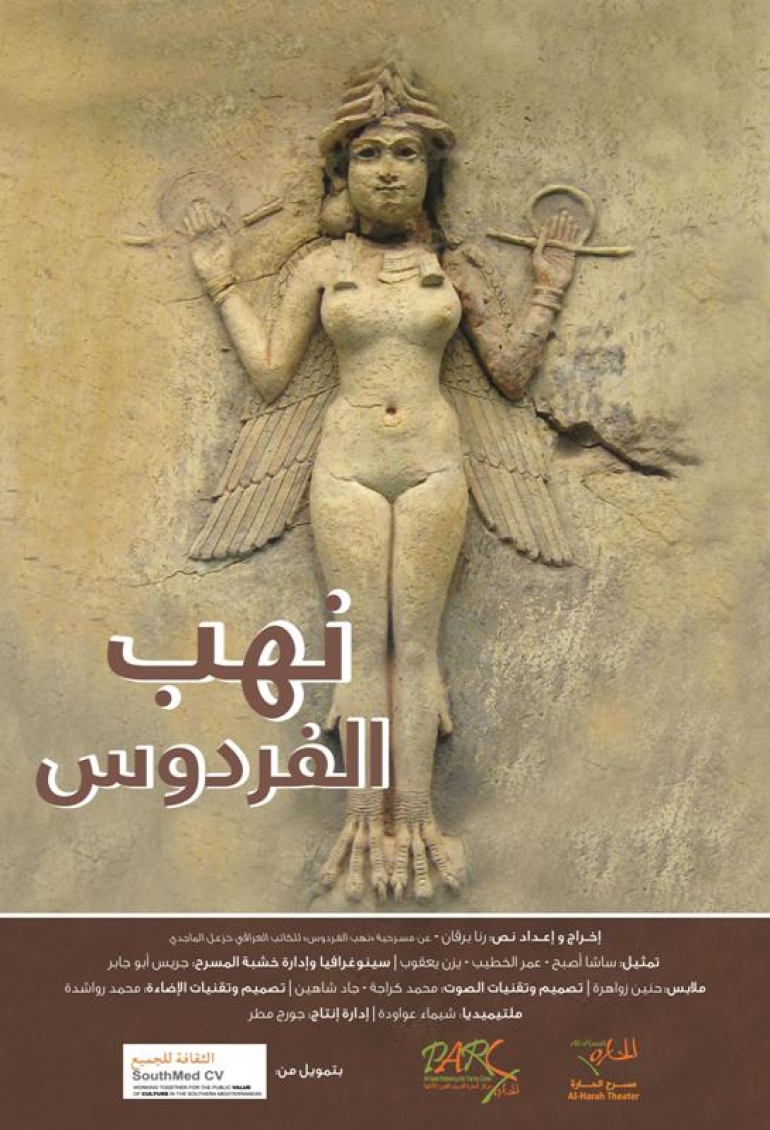 The origin of human defeat is when man killed another man for power and strength, Humanity moved away from the earth and headed towards the sky, the earth Ishtar is the origin of the story and the origin of mankind, the children gave up their mother for the mirage of the sky and on their way they killed each other.
"Looting of Paradise" for Khaz'al Al-Majidi, displaces the lid that is sacred and asks the audience to return to the earth, "come back to Ishtar you are from Ishtar and will stay". Ishtar says about herself: "I am the first and the last. I am the whore and the holy one. I am the wife and the virgin ... I am the barren one, and many are her sons ... It is my husband who bore me; and it is I who am his mother. And it is he who is my father and my lord. (Taken from Ishtar’s Mystery for the Syrian writer Firas Al-Sawah)