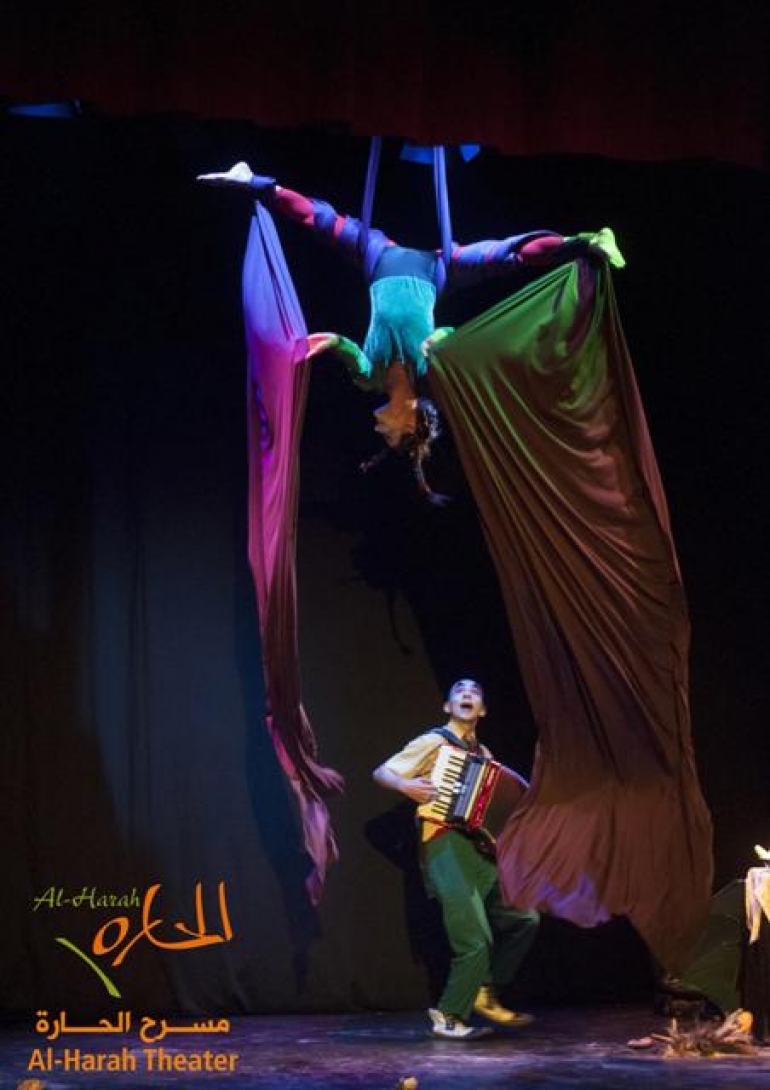 Al-Harah Theater is hosting "Mandragora" show for Mandragora Circo from Argentina within The International Children and Youth Theater Festival "Yalla Yalla" 2017, on Tuesday 4/4/2017 at 6:30 pm at The Russian Center - Bethlehem.

The show is targeting children between 5 - 10 years.

“Mandragora Show” is a silent play by two clowns tell a story that mixes comedy with love  where dialog and thoughts are understood without words.

Circus stunts, unconventional music instruments weave the acts of this performance together to allow the audience to imagine the story, the conflicts and solutions. The show is delicate, with a touch of comedy, and an attractive story which can be enjoyed by audiences of all ages.

Mandrágora Circo is a professional theater group formed in Argentina by its members, Mariana Silva and Juan Cruz Bracamonte in the year 2003. From restlessness to create a theatre performance to tell a wordless story with circus stunts and music the company premiered the show Mandragora Circus the same year of 2003. This show was presented in Argentina touring around the country performing in theatres and festivals. In 2005 the show was selected from 18 plays of all the Patagonia region, to represent the region in the “XX National Festival of Theatre” that every year is held in Argentina by the National Institute of Theatre.

After 8 years of performing in their own country, in 2010 the company started an international and permanent tour in which over the last 6 years have visited 26 countries presenting Mandrágora Circus in major theatres and festival in the Americas, Europe and Africa.