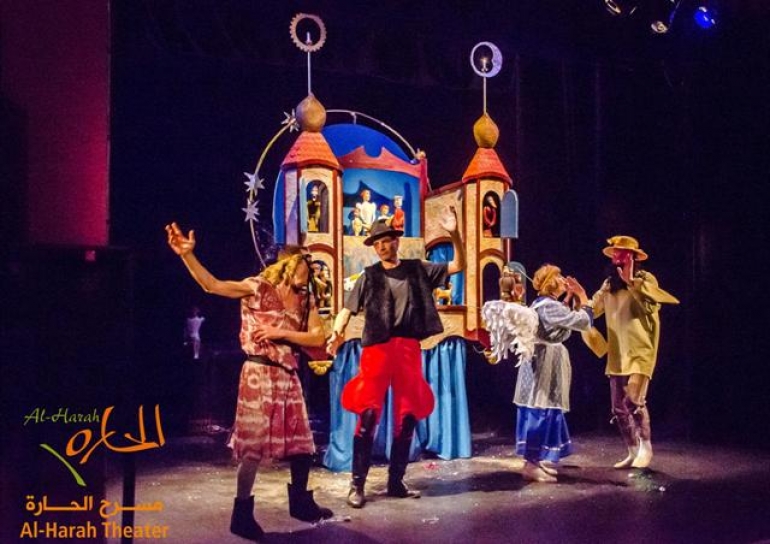 Al-Harah Theater is hosting "The Bright Star" play for The Brest Puppet Theater from Belarus within The International Children and Youth Theater Festival "Yalla Yalla" 2017, on Wednesday 5/4/2017 at 12 pm at The Russian Center - Bethlehem.

The show is targeting the whole family.

The performance well preserves the canons of Batlejka. The name “Batlejka” comes from the name of the town of Bethlehem. It is known that theatres of this type appeared in Europe in the XV century (Shopka in Poland, Vertep in Ukraine). The performance “Rygorka – the Bright Star” is returning to the roots of folk theatre and national traditions.

Traditional Batlejka characters of ‘The Angel”, “The Devil”, “The Old Man” and “The Horse” were performed by the actors who came to the audience like ordinary carol – singers and who could not only dance and sing, but who could also show a wonderful performance with non – traditional for Vertep characters. The performance raises the theme of the struggle between good and evil, and we understand that people don’t always return good for good. The performance took part in many festivals in Belarus, Russia, Ukraine, Germany, Poland, Slovenia and others.