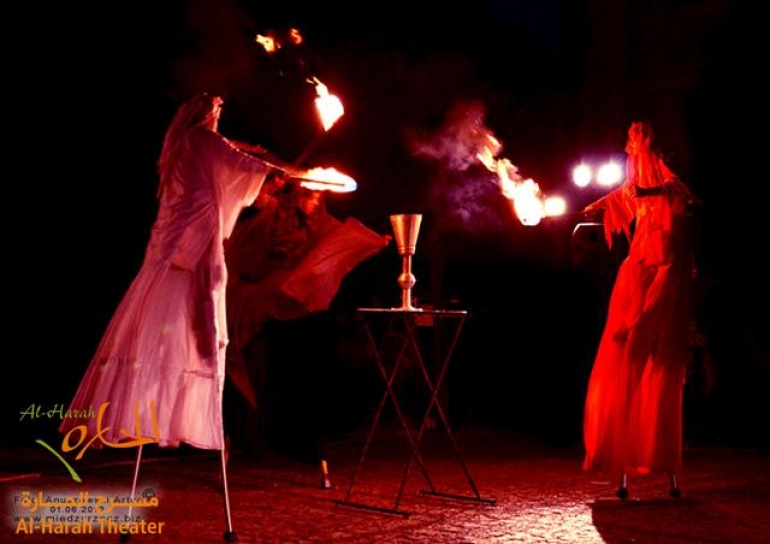 “Fin Amor – Courtly Love” is a costume spectacle that tells a story of love, His and Her love, two unspecified characters who live in the Middle Ages. She is a lady-in-waiting, he is a knight who has to go a certain way to measure up to the knight code and simultaneously earn the love of his chosen one. The spectators can see images that illustrate the beginning of love, difficult struggle with the encountered temptations and the desired reward for hardships and renunciations.

By telling a story of two people who are in love, we are telling a history of love in general, outside the limits of time. The last scene in the spectacle has a symbolic dimension, because although epochs pass away and the Dust of History covers everything, love remains …

Teatr Ewolucji Cienia was created by the two Polish artists Slawomir Dadej and Wioletta Dadej since 8 years. Their performances are characterized by huge dynamic of scenes based on rhythm and expression. An important role is played by images that depict human relationships and music that illustrates the story.