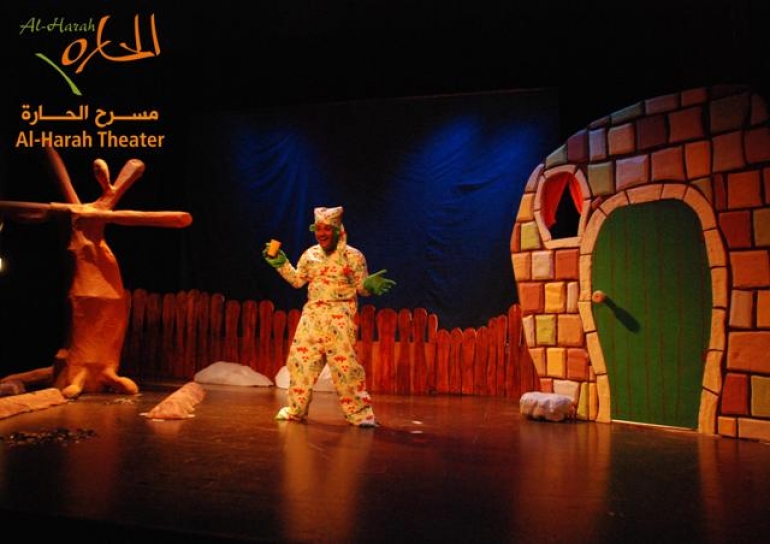 Al-Harah Theater is hosting "Za’rour’s Garden and the Apple Tree" play for Nazareth Ensemble Fringe from Palestine within The International Children and Youth Theater Festival "Yalla Yalla" 2017, on Friday 7/4/2017 at 6:30 pm at The Russian Center - Bethlehem.

The show is suitable for children between 4-10 years.

“Za’rour’s Garden and the Apple Tree”

“Za’rour” lives in the mountain of dwarfs and dreams of having a garden full of flowers and vegetables. But the apple tree is making him angry because it is not productive. He tries to cut it but he fails. He decides to plant flowers and vegetables around the tree, he started taking good care of them, then suddenly the apple tree started giving delicious apples. He discovers trees are like human beings they give the best they have when we accept them as they are and care about them.

Established in 2007 with the support of the municipality of Nazareth which hosted the company at Mahmoud Darwish Cultural Center. Since its establishment, the company won the acceptance and the respect of the community because of its respected and professional artistic work.

The company produces theater performances for all age groups in a very high artistic quality based on local and international scripts, in collaboration with the Arab artists from different artistic specialties. Till now they produced 25 different theater shows. The company proudly reaches Palestinian Audiences where ever they are.

The Fringe Theater is one of the pioneer theater companies in the occupied Palestinian areas in 1948.