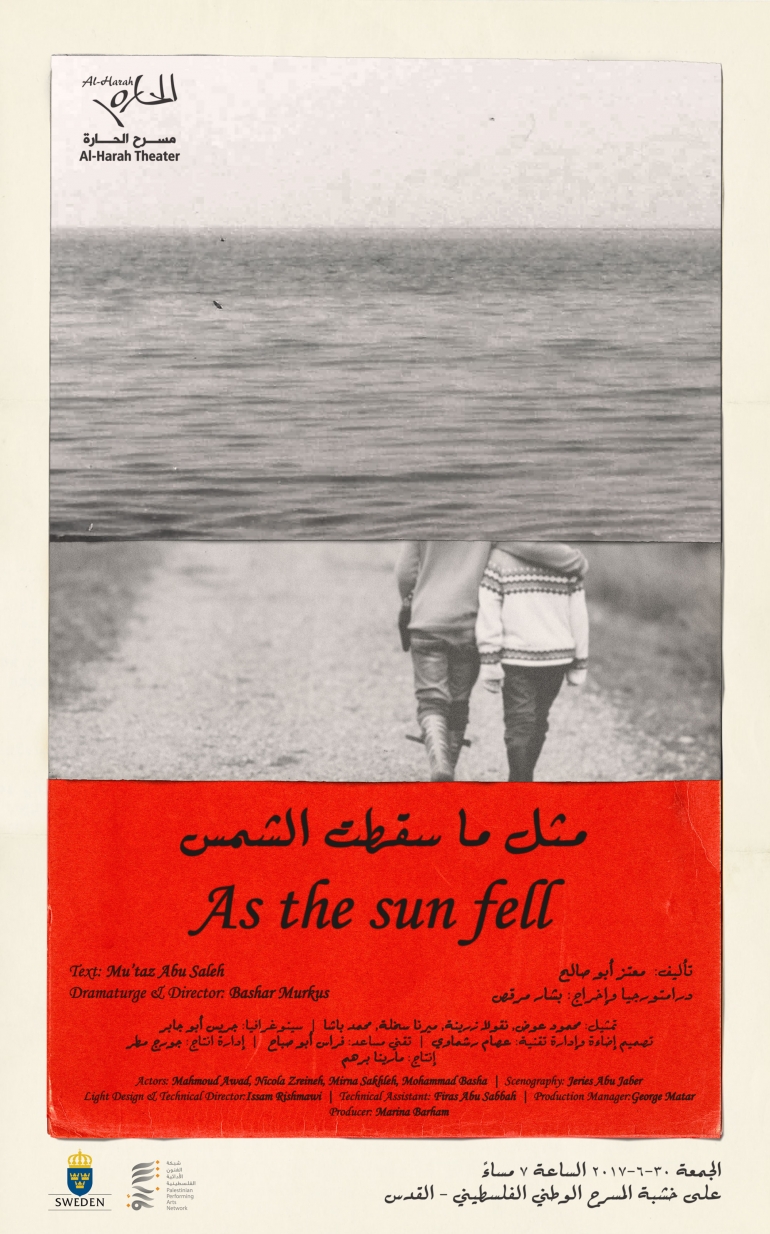 "As the Sun Fell" Play in Jerusalem

Al-Harah Theater invites you to the opening of "As the Sun Fell" play on Saturday 30 June 2017 at 7 pm at The PAlestinian National Theater\ Al-Hakawati - Jerusalem.