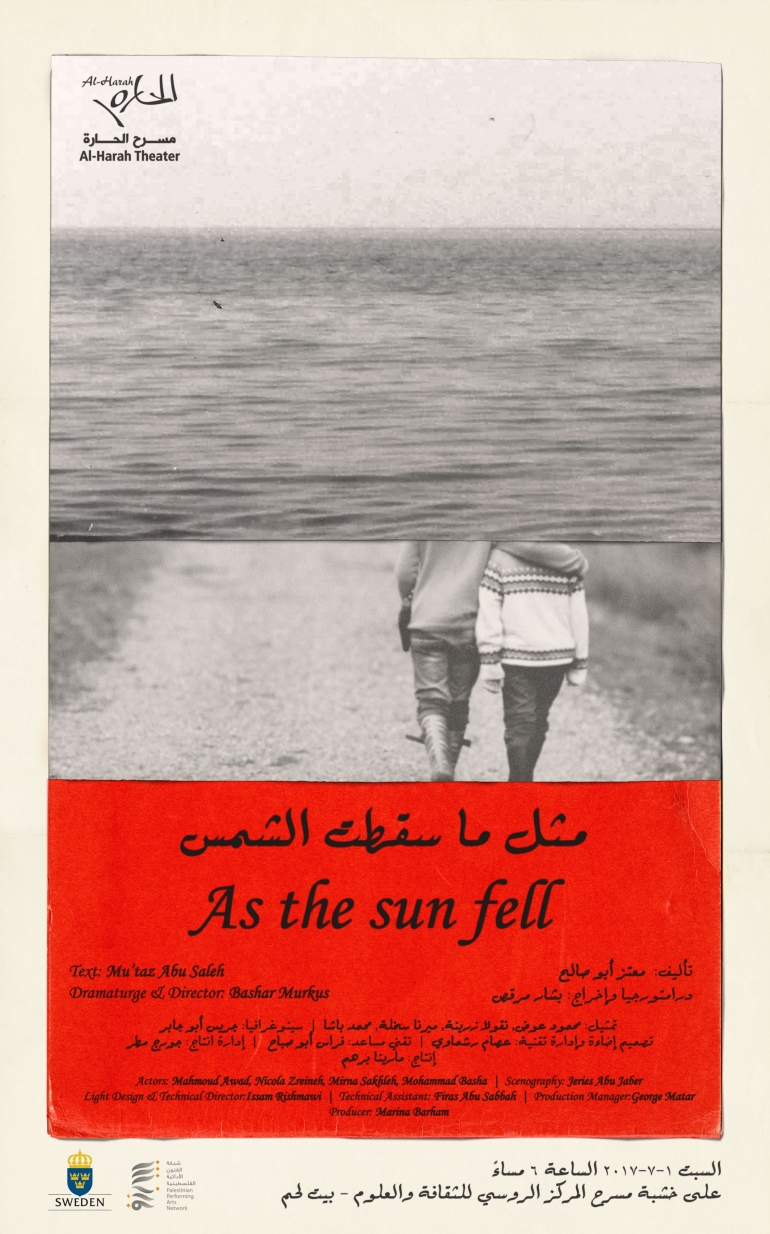 "As the Sun Fell" Play in Bethlehem

Al-Harah Theater invites you to the opening of "As the Sun Fell" play on Saturday 1 July 2017 at 6 pm at The Russian Center for Science and Culture - Bethlehem.