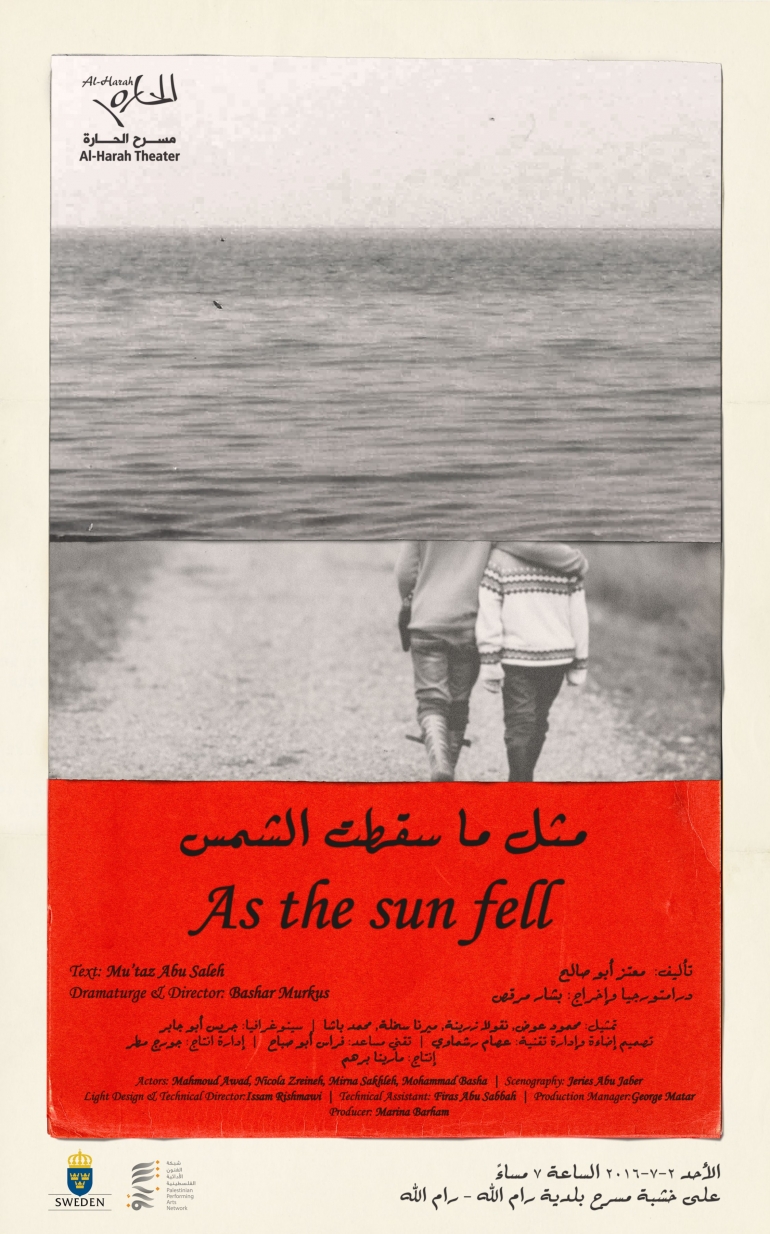 "As the Sun Fell" Play in Ramallah

Al-Harah Theater invites you to the opening of "As the Sun Fell" play on Sunday 2 July 2017 at 7 pm at Ramallah Municipality Theater - Ramallah.

Read 7349 times
Tweet
More in this category: « "As the Sun Fell" Play in Bethlehem "The Well" Play in Tuba Village, Masafer Yatta »