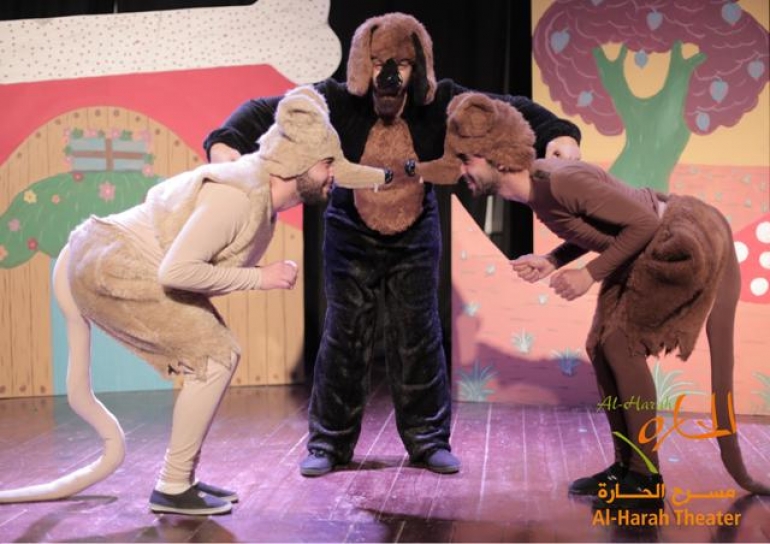 Al-Harah Theater will perform the interactive show "Best Friends" on Wednesday 15/8/2018 at 10 am at Al-Bweib School and 12 pm at Zeif School, Yatta - Hebron.