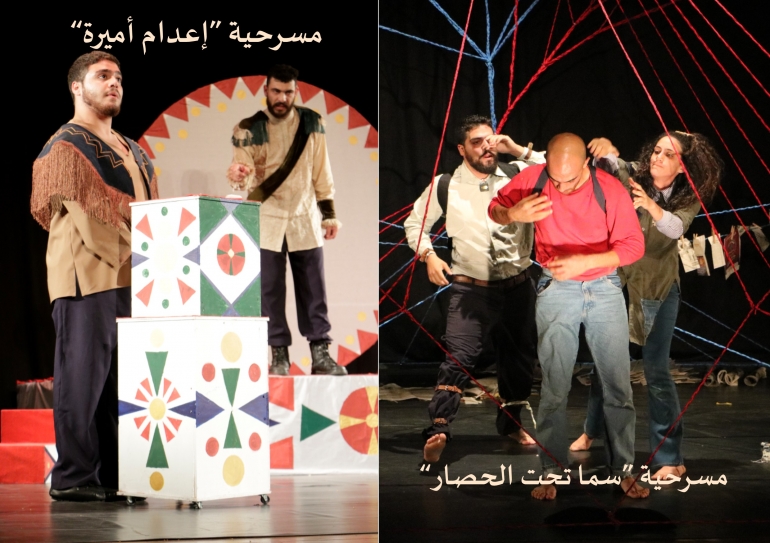 Al-Harah Theater invites you to attend the two plays which were produced by Al-Harah Performing Arts Training Center - PARC as part of the graduation projects of the second group of students, which will be performed on Friday 17/8/2018 at 7 pm at Putin Palestinian Organization for Culture and Economy - Bethlehem.

The First Play: "A Sky under the Siege"

Based on the book: “Diaries of a Besieged Woman” – short stories by the Palestinian writer Sama Hasan.

A closed place… everything inside is besieging us

Fear, choke, darkness… everything inside is pressuring us

In the veins… there is no more oxygen left

We are suffocating… while dreaming about the sky

We are slowly dying… while being under the siege

The Second Play: "Execution of a Princess"

Adapted from the play "Execution of Kosh’s Princess"

Will the daughter of the King be executed if she broke the laws of the Kingdom? Is the King going to enforce the law on his daughter to be executed like others? Is their equality in enforcing the law? Can we sacrifice a little justice to gain more of it? The play “Execution of a Princess” asks all these questions looking for justice in this unfair world.