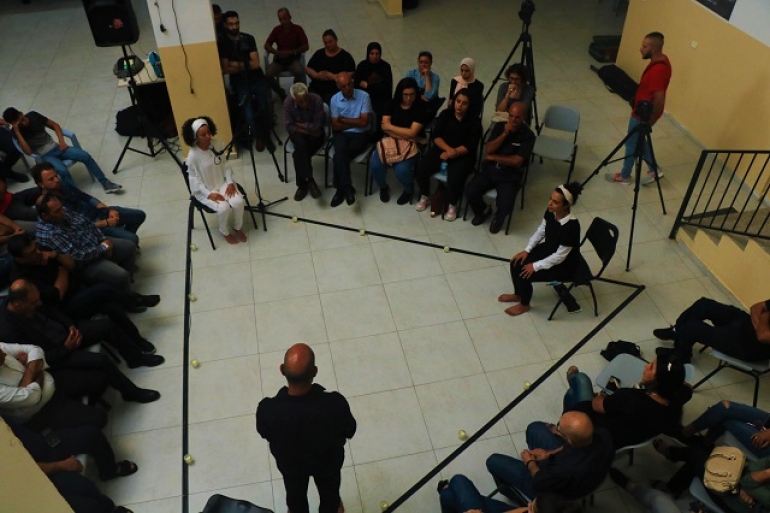 "To Live" is a theatrical forum which takes the style of storytelling. It highlights the issue of the so-called "Honor Killing against Women". It projects the voice of those who don’t have a voice. It is based on real stories which have occurred and continue to happen in our Palestinian society.
Through this forum, we seek to deliver voices of abused, oppressed and vulnerable women within the patriarchal system in which we live in. "To Live" Projects the voice of girls and women who are victims of various forms of violence, domestic abuse, sexual harassment and rape, which lead to killing in many cases.
On the other hand, “To Live” aspires to involve the public in a campaign of social responsibility to raise awareness and advocate towards changes in the laws and regulations that defend the offender and criminalize the victim in the name of honor.