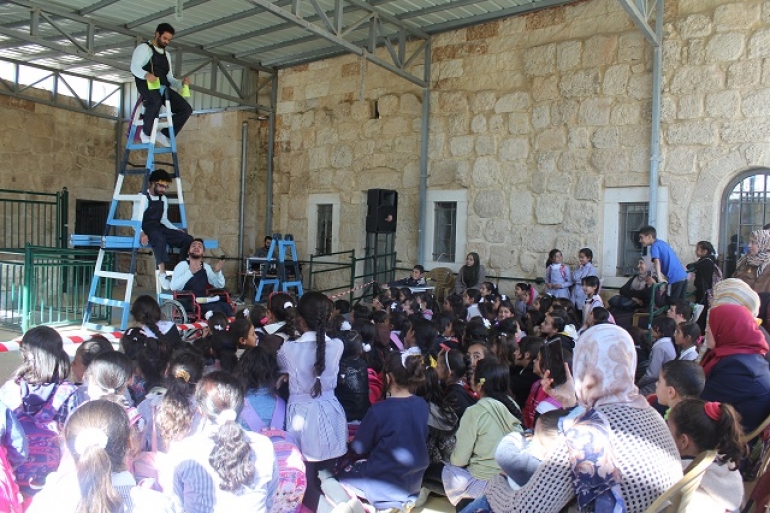 "Bahr Bhour" is an interactive show targeting children between the ages of 6 and 12 years. The play talks about the relationship of three brothers, "Bahr Bhour", the older brother who suffers from a movement disability which forces him to move on a wheelchair, and his younger brothers "WAr Wroud" and "Shams Shmoos" who are exposed to various forms of bullying and violence by their classmates at school.

The play presents several educational topics such as concepts of relations and friendship between friends and family, in addition to the topic of environmental pollution resulting from lack of respect for public places and property, water pollution in seas and oceans and how it negatively affects the lives of fish and marine creatures.

Using theatrical tools such as storytelling, puppet, dance and music, we seek to communicate several positive educational messages through direct and live interaction with children and the audience.

Read 7142 times
Tweet
More in this category: « "Christmas in the Valley" Play "The Dream Master" Play »