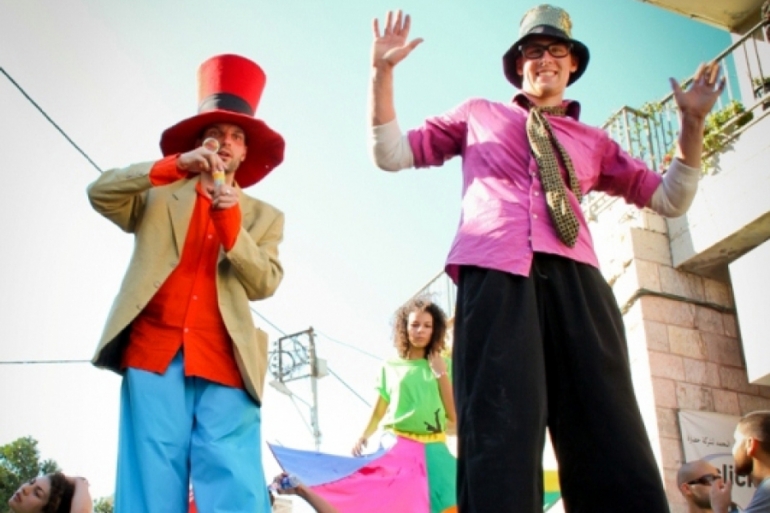 Again, “Yalla Yalla” Street Festival succeeded in creating a colorful atmosphere in Beit Jala, and in drawing smiles on every body's face.

Al Harah theater opened the Beit Jala International Festival For Peace on the 30th of August,2013.

The parade started from the Orthodox Sports Club in Beit Jala, passing through the city center "Al Manshiyeh Square" reaching the new municipality building , the community center in Beit Jala.

around 5000 people attended during the parade.